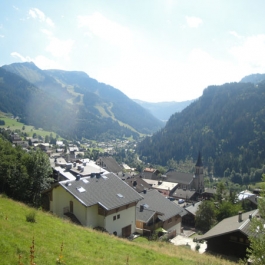 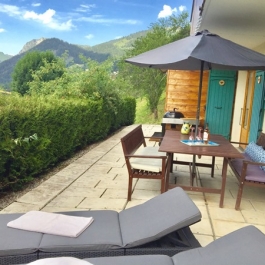 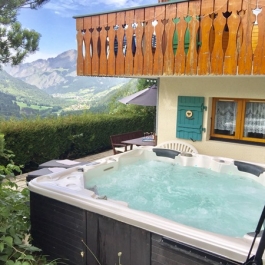 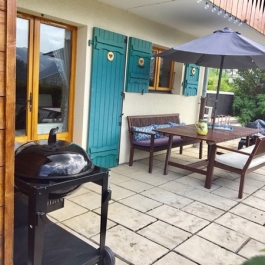 The alps aren’t just for winter sports, they sparkle just as brightly in summer, and no alpine area makes more effort for summer holiday-makers than Chatel at the heart of the Portes Du Soleil.

Do you fancy a world cup mountain bike run, or even the world championship version? Do you want to follow some of the routes of the Tour de France? Have you in mind a zip wire ride between a couple of mountain peaks, some hydro-speeding, or perhaps a whirling descent suspended from a paraglider?

Those are just some of the energy consuming summer sports in which you can participate from your base at La Corniche.

Or do you have in mind something less taxing? Then a simple round of mini-golf, some swimming or spa treatments in the new 'Forme d'O' www.chatel-formedo.com , fishing, strolling by sparkling streams or sun-bathing on the terrace could unwind the stress of a hard year.

Even if you and your family or pals opt for different activities during the day, by the time evening comes everyone will enjoy a barbeque on the terrace or a meal in one of the local restaurants over a glass or two of something cool. Not forgetting the end of day relaxing powers of the hot-tub, excellent for soothing mental stress as well as sport inflicted aches. 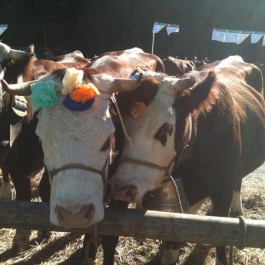 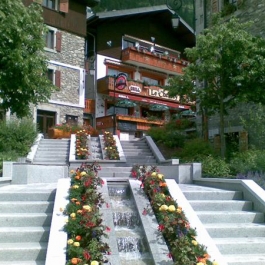 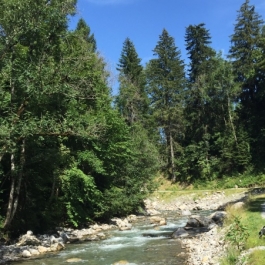 Lifts can be used by mountain-bikers or hikers in the summer. Chatel is close to a GR (grand route) as well as many varied itineraries for summer walking. Other summer sports include swimming (open air and indoor pools in the centre of the village at Forme d'Ô), tennis, canoeing, rafting, fishing, paragliding, climbing, pony trekking, pony club for children as well as mini-golf and pedaloes on the lake are usually on offer. Adventure seekers can try the 'fantasticable' which suspends you from a wire to zoom across the void between two peaks at the Plaine Dranse end of the valley. For golf enthusiasts the championship course 'The Royal Evian' is 40mins away, as is the less demanding course at Aigle.

The water sports of Lac Leman such as water-skiing and sailing are also only 40mins away. The shores of the lake on both the French and Swiss sides are full of beautiful little villages which can be discovered by taking one of the regular ferries that serve all the small ports around the lake. Larger centres like Evian, Thonon, Montreux, and Lausanne also make interesting days out- or nights if you want to chance your luck in one of the casinos. There is an amazing Roman museum and walking trail of Roman sites in Martigny, which was the cross roads of routes through europe during the hay-day of the Roman Empire. No excuses for boredom!

Outings from Chatel can be made to the Abbey in Abondance, the Chateau de Chillon near Montreux (where Byron holidayed and wrote some of his works), the Olympic museum and headquarters of the International Olympic Committee in Lausanne, the salt mines at Bex, the exhibition centre (fine art and sculpture with permanent display of old motorcars) at the Fondation Pierre Giannada in Martigny. Martigny is the crossroads of the Roman Empire, with a walking trail around the town as well as many fascinating artefacts on display in the Fondation Pierre Giannada. Don't forget the thermal baths at Val D'Illiez or Lavey and the fascinating Templar centre of Sion, as featured in books like the Da Vinci Code, an hour away just beyond Martigny in the Swiss Valais. 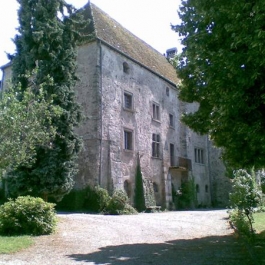 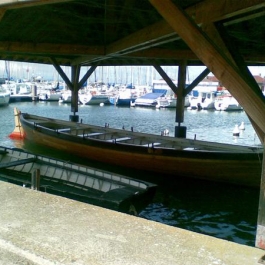 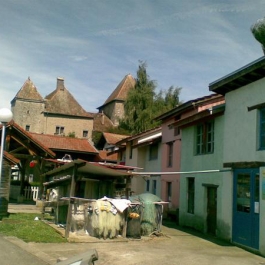 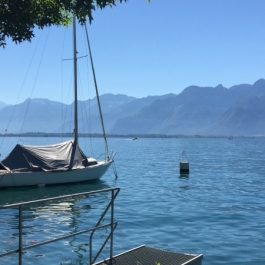 In Chatel itself trips are organised to see typical crafts including traditional cheese-making of the Abondance cheese which gets a mention in the book of the world's finest cheeses; there are also organised walks to view the flora and fauna of the area and many other interesting activities to try.

For committed shoppers there is an outlet centre beside the Ikea store in Aubonne on the Swiss side of the lake. Or closer to home both Thonon and Monthey have plenty of shops from Boutiques to shopping centres.

Send Us a Booking Request Form